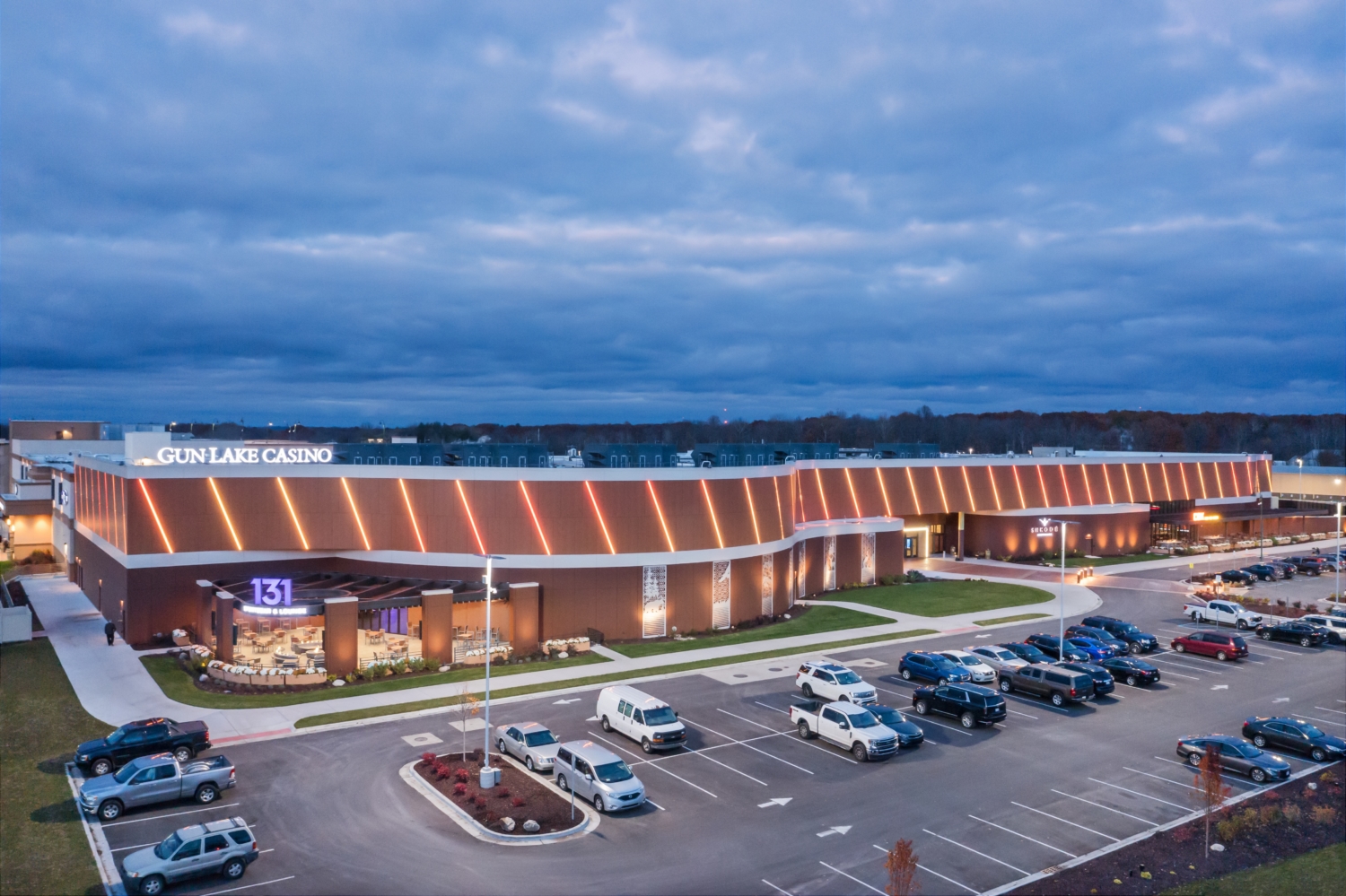 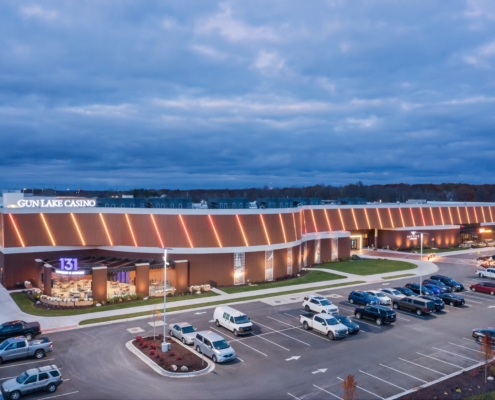 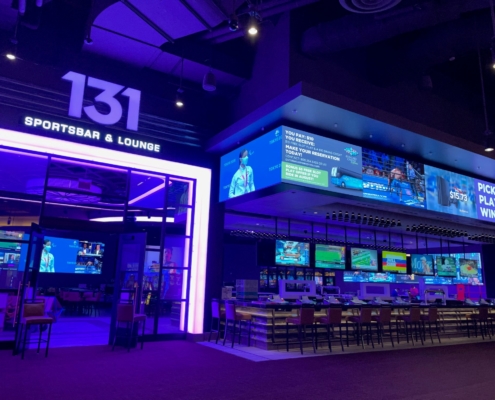 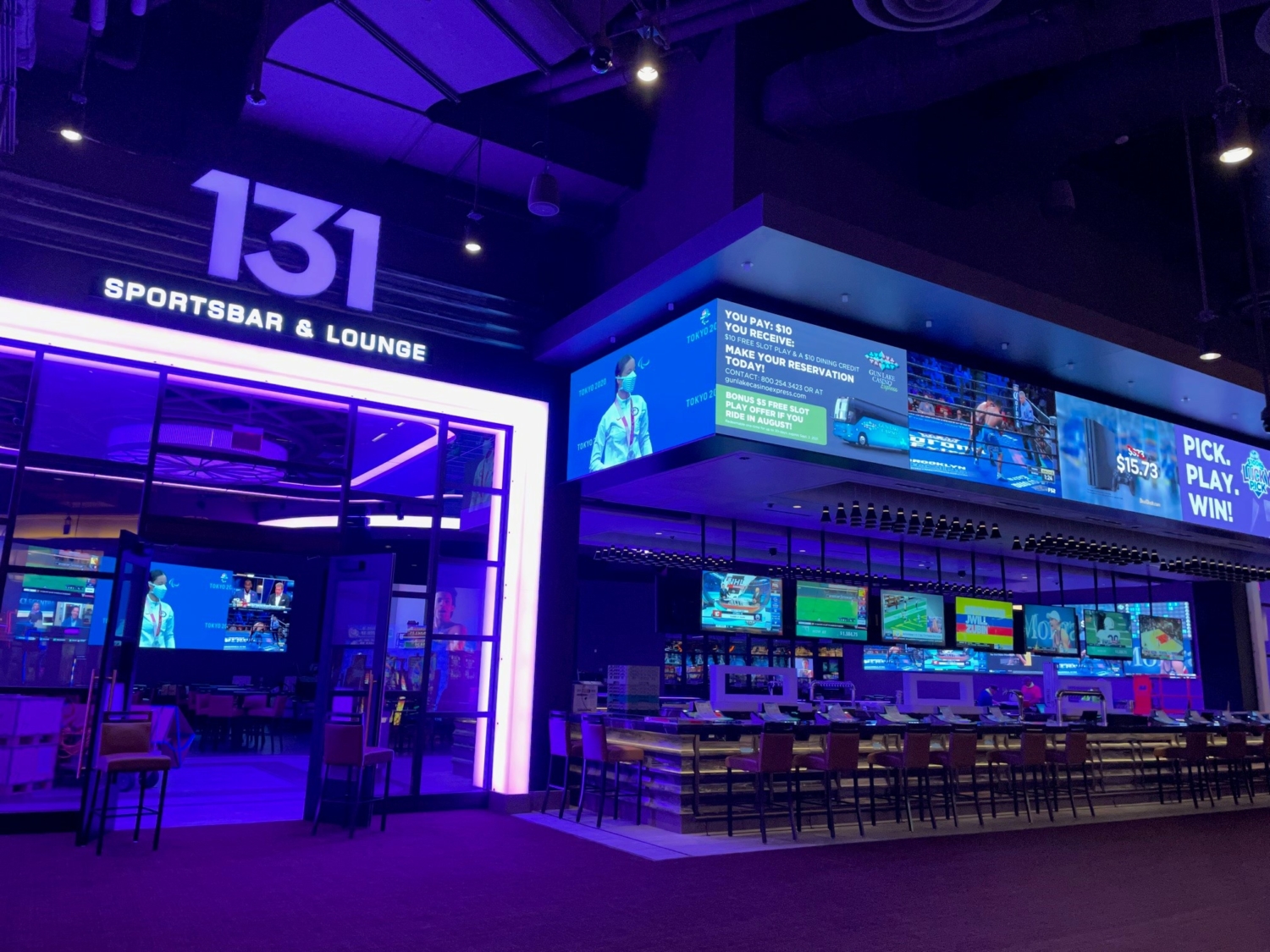 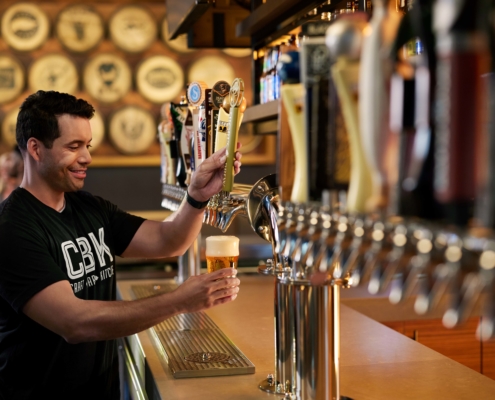 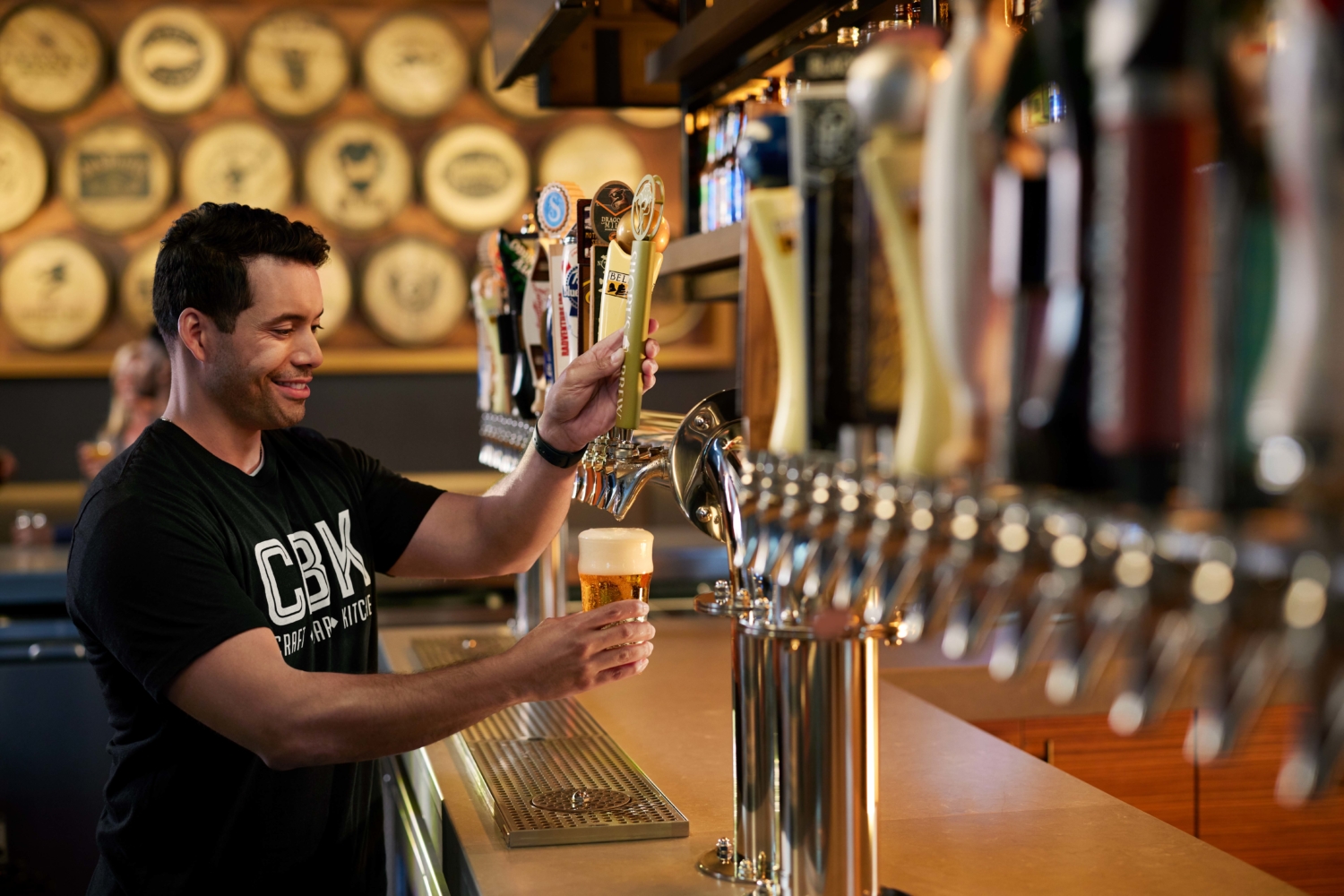 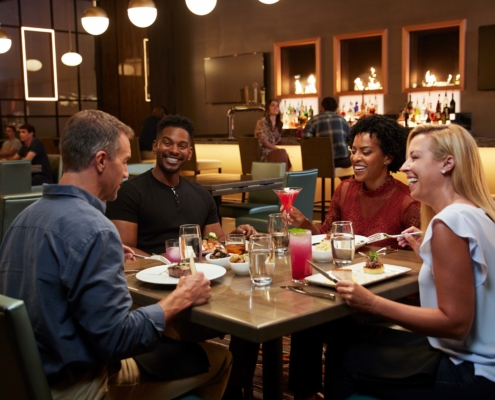 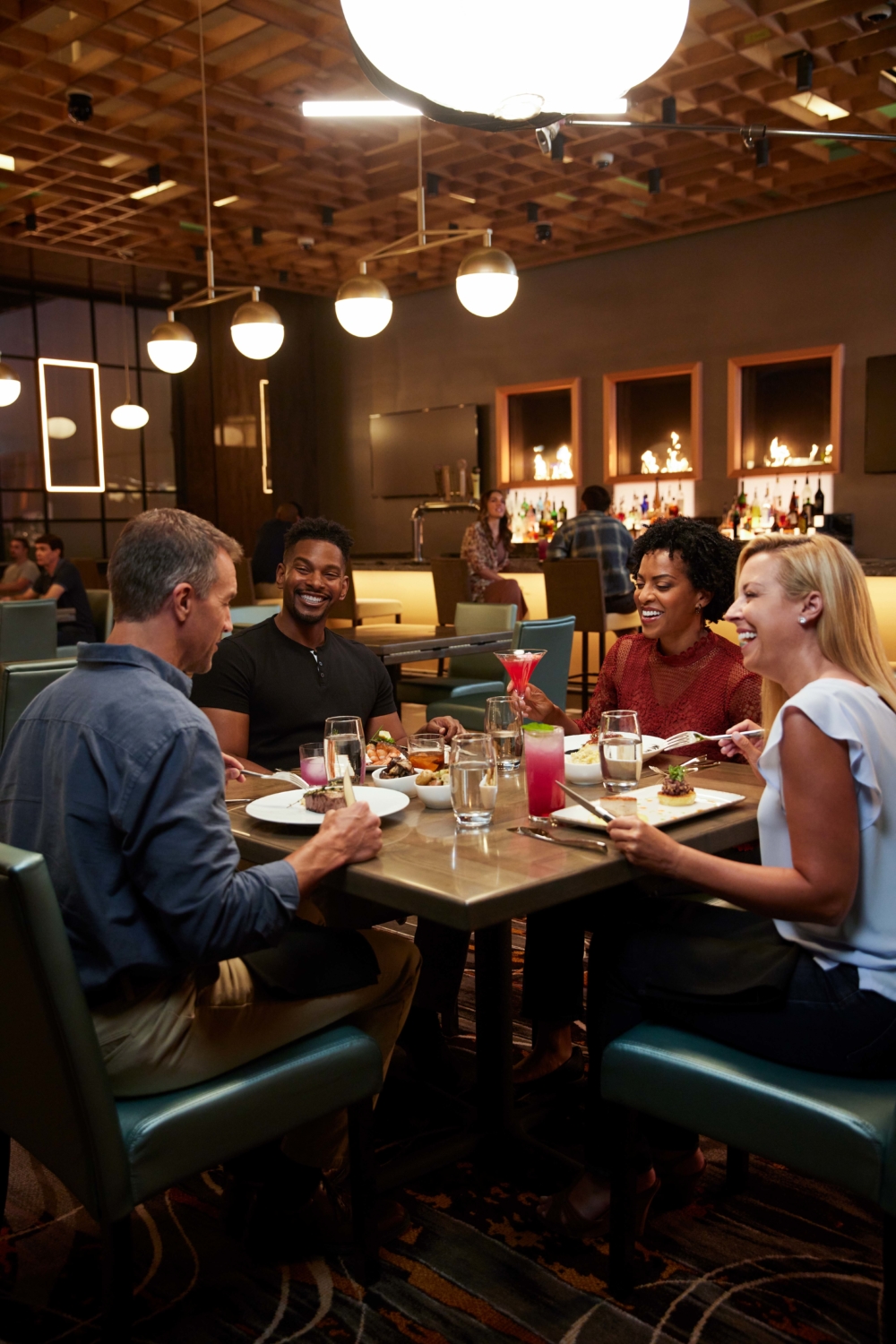 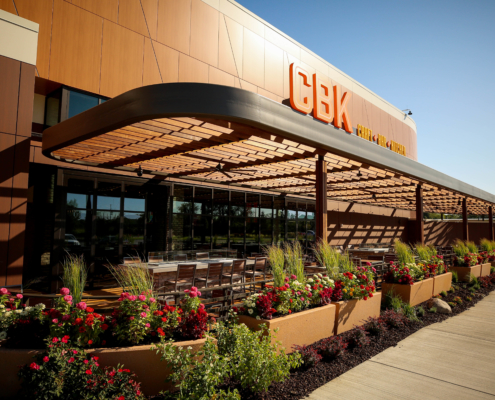 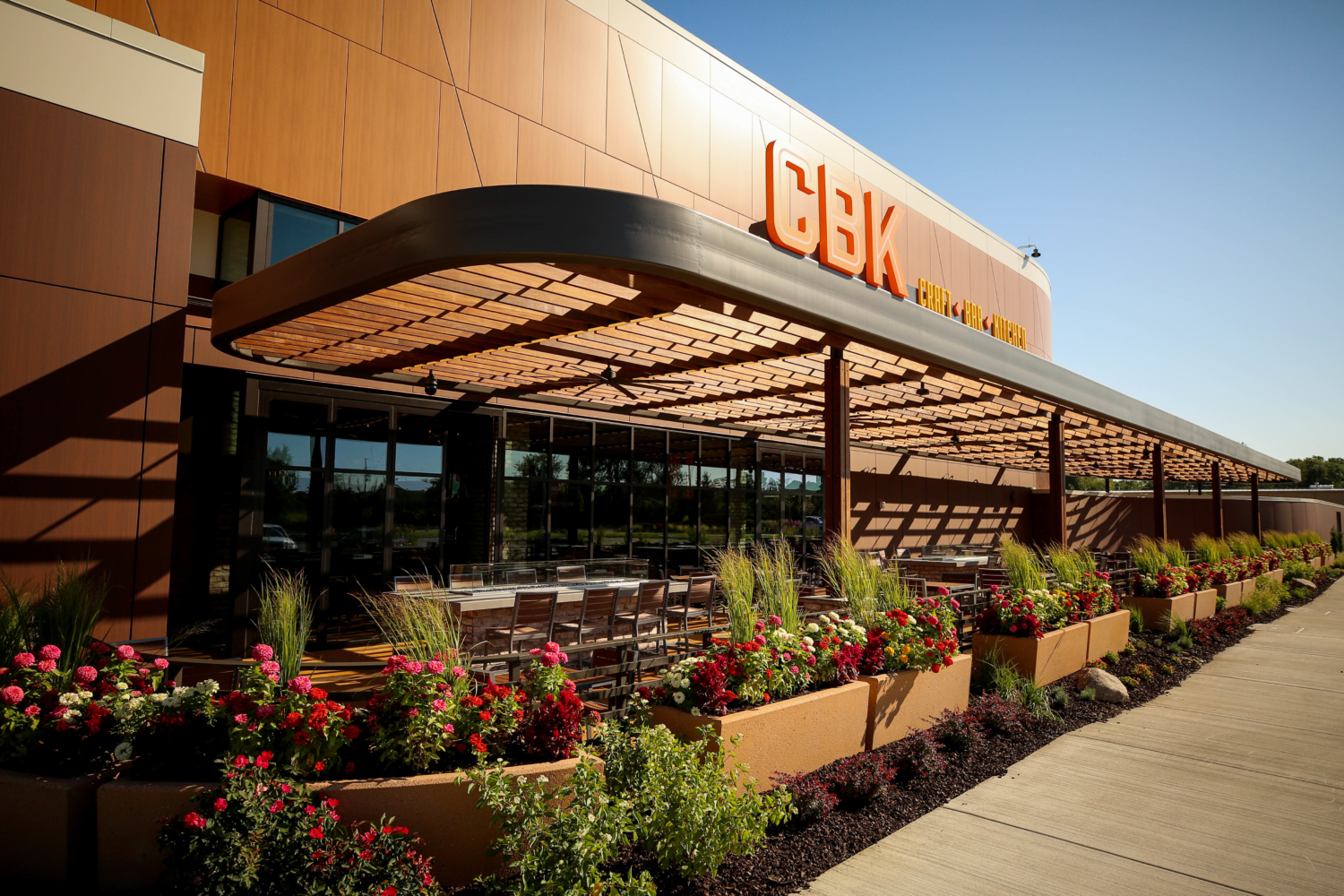 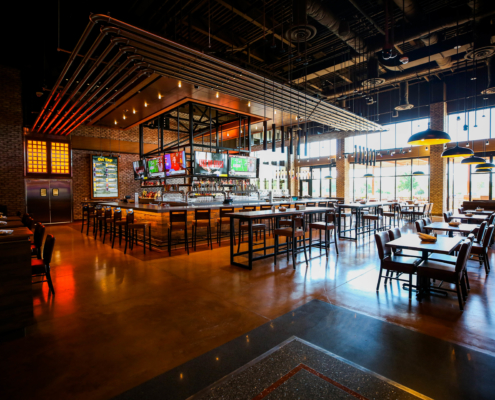 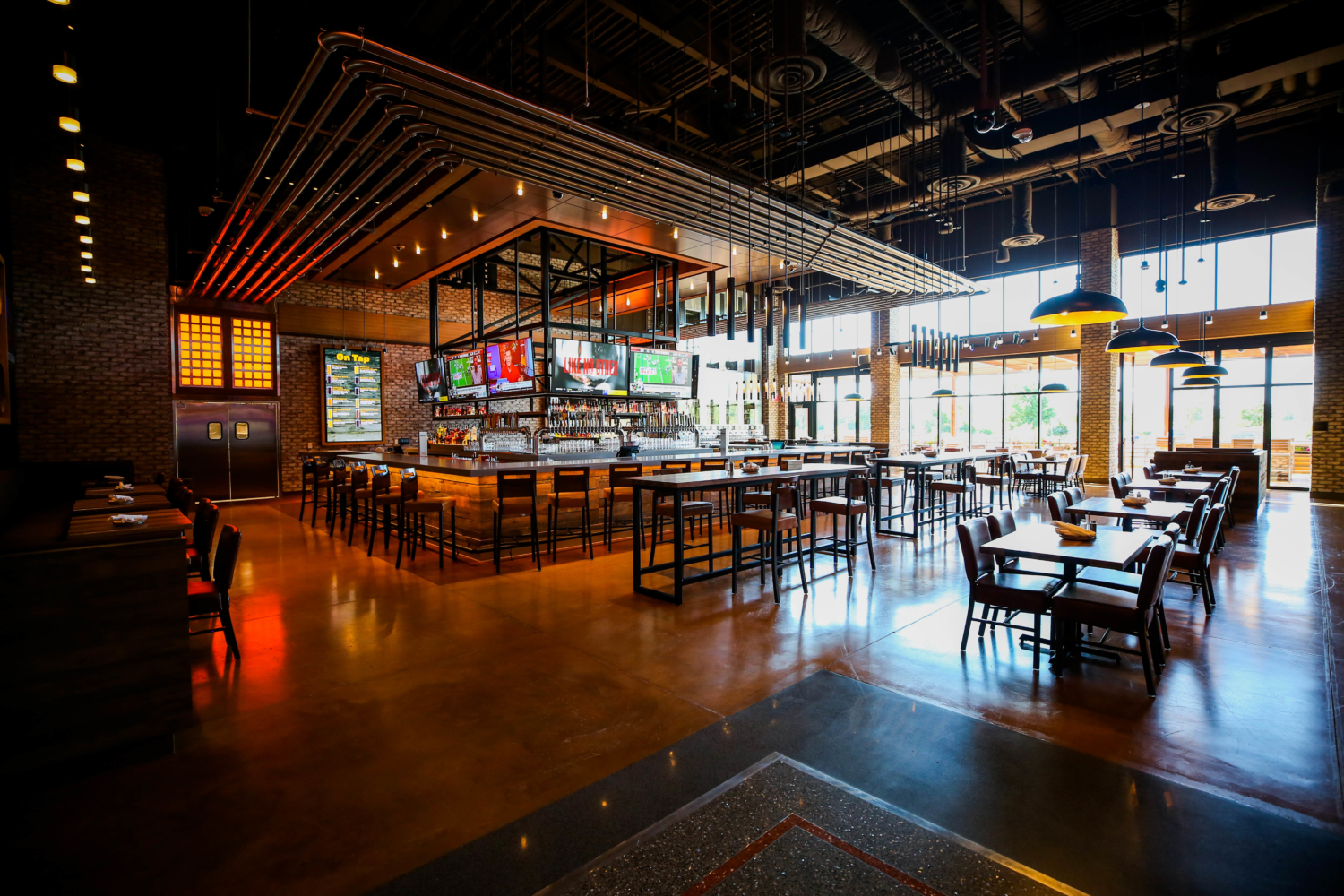 The Gun Lake Casino Phase 4 Expansion was a 75,000 sq. ft. addition which was comprised of expansion of the gaming floor area, along with two restaurants, Sport Book, and a large entertainment space to host various events such as concerts. The metal panel exterior has an angled strip lights, which can be controlled with various colors.

Shkode is a premier Steak House which has a large fire place in the main seating area, along with three smaller fireplaces behind the bar.  The restaurant also includes a private dining area for more intimate setting.  CBK (Craft Beer Kitchen) is a venue with a large bar and seating for a more casual dining experience.  CBK will offer 40 different draft beers on tap, which includes a large keg cooler with a self-serve tap system.  The south wall of CBK has a large glass window system with two folding panel doors, which can be opened and allow access to the patio bar area.  Both restaurants are supported by a large kitchen with all the amenities to cook and serve these areas.

The gaming area has 400+ new slot machines, along with card tables for various gambling options.  Stage 131 is a large venue which hosts concerts, as well as, sporting events where you can watch your favorite game on the large 50’ long tv screens.  Stage 131 also is supported by its own kitchen and large bar area.